All members of the Criminology team are research active and as a team we undertake a range of research based on income from research grants and consultancy work.

We have received research funds from the ESRC, Home Office, Ministry of Justice, Council of Europe, National Policing Improvement Agency, the Welsh Assembly Government, and the National Offender Management Service.

The main fields of research have included substance misuse, policing (especially crime investigation and intelligence led policing), offender rehabilitation, homicide and other serious violence, gangs, and youth crime and justice. We have published widely in the form of books, peer-reviewed journal articles, as well as reports published by government departments and criminal justice agencies.

Professor Fiona Brookman is leading a Leverhulme Funded research project exploring how forensic science practice contributes to the police investigation of homicide in Britain. Set against a backdrop of austerity-measures, the closure of the Forensic Science Service and the emergence of a new forensic science ‘market place’, this in-depth research with British police forces and forensic science providers is anticipated to provide evidence to policy makers and practitioners about the investigative and evidential consequences of the destabalization of the forensic arena and will be of particular interest to those concerned to manage the risks to justice.

Professor Katy Holloway’s research on substance misuse is driven by the goal of harm reduction. One of her recent projects involved in-depth interviews with opiate users in Wales who had experienced or witnessed overdose events. This research has already highlighted ways in which harm might be minimised and lives saved. In addition, Katy is leading the Higher Education Alcohol and Drug Survey (HEADS) a pan-Wales project examining substance misuse and associated behaviours among university students in Wales.

During the summer of 2016 a predictive risk-based model of assessing young people in Youth Offending Services across England and Wales was replaced with one informed by desistance theory. Since October of 2016, Associate Professor John Deering and Professor Jonathan Evans have been exploring this fundamental paradigm shift in practice and its possible effect on the trajectories of young people in one Youth Offending Service. It is anticipated that the findings produced by this research will be of direct interest to the Youth Justice Board, practitioners, academics and policy makers.

Professor Katy Holloway and Dr Jo Brayford in collaboration with Professor Kate Williams from Aberystwyth University are currently undertaking an evaluation of the Pan-Wales Women’s Triage (The Diversion Scheme). The aim of the Scheme is to divert women who have committed minor or low level crimes away from the criminal justice system and into effective community interventions at an early stage. The research involves both a process and impact evaluation using a cross-sectional design with longitudinal elements. It is anticipated that the results of the pilot and its evaluation will inform future roll out of the triage process across Wales.

Several of our team are undertaking evaluation research that will be of direct use to practitioners and policy-makers. For example, Associate Professor Harriet Pierpoint is currently evaluating a ‘through the gates’ resettlement service, with caseworkers and peer advisors offering practical help and signposting to other services from prison through to prisoners’ release. Given the national ‘Transforming Rehabilitation’ changes made in 2015, the results will be of particular use to policy-makers and practitioners now implementing ‘through the gates’ and mentoring services across the country.

Professor Mike Maguire is currently engaged in two major research projects. One, the ‘Resilience’ Project, funded by Leverhulme in collaboration with Keele and Aberystwyth universities, is a study of the role of the Third Sector in criminal justice. The other (with Anna Clancy) is an evaluation of the four-year Big Lottery funded ‘Invisible Walls Wales’ project in HM Prison Parc, which entails an innovative approach, now being replicated in several prisons in the UK and Europe, to maintaining meaningful relationships between serving prisoners and their children.

Professor Ali Wardak’s research interests, which focus on comparative crime and justice, are closely related to his teaching interests. His ‘Hybrid Model of the Justice System in Afghanistan’, which was proposed in the 2007 Afghanistan Human Development Report, has had an important impact on legal reform in Afghanistan. As member of the Scientific Committee of the Lausanne based Ter De Hommes (Tdh), Dr Wardak recently conducted a workshop in Bethlehem, Palestine, about the applicability of his ‘Hybrid Model’ in the country. He has closely worked with Professor John Braithwaite of Australian National University on his ‘Peacebuilding Compared Project’, and more recently with colleagues at the University of Leiden on ‘Supporting Primary Justice in Insecure Contexts’ research project, which was successfully completed in July 2016. Dr Wardak’s current research focuses on Comparative Juvenile Justice, Land Dispute Resolution, Women’s Access to Justice, and Violence against Children in Afghanistan.

Our Criminology PhD cohort is both international and multi-disciplinary. On a global scale, Kanishka Nawabi uses the multilevel-multicausal research methodology to understand the causes and motivations of suicide terrorism campaigns in Afghanistan. Paolo Baffero conducts research on Bolivian non-state justice and on its broader relevance to restorative justice. More locally, our research focuses on homicide, homelessness, youth justice and the police. Grace Boughton investigates multi-agency reviews, specifically Domestic Homicide Reviews and Child [Safeguarding] Practice Reviews. Jennifer Holmes researches police interviews of vulnerable suspects and the impact of third parties upon this process. In Wales, Sarah Bradbeer investigates the criminalisation of homelessness and social exclusion, while Heddwen Daniel and Zoe Cross focus on youth justice. Heddwen is looking at the impact of Welsh Government policy on breach decision-making by Youth Offending Teams, while Zoe concentrates on desistance from youth offending; looking at factors, processes, barriers and working relationships.

An evaluation of the 'Invisible Walls’ project for families and children of prisoners
(Big Lottery, 2012-16)
Professor Mike Maguire 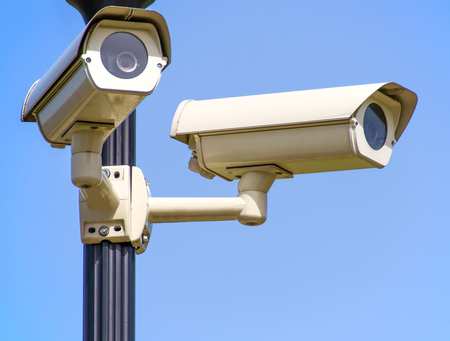