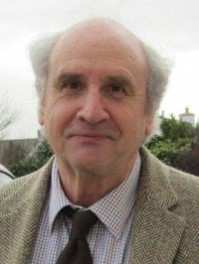 Mike Maguire, Professor of Criminology, has been presented with the Outstanding Achievement Award 2020 by the British Society of Criminology (BSC)

The award is in recognition of Prof Maguire’s life’s work of criminological research and teaching, which has seen him take his expertise widely into the policy and practice world. Prof Maguire has also been made an honorary member of the BSC.

Prof Maguire has published widely on many crime and justice-related topics, including policing, prisons, resettlement of offenders, crime victims, burglary, criminal statistics, and the role of the third sector.

A former member of the Parole Board and Wales Probation Trust, Prof Maguire is currently a member of the Correctional Services Accreditation Panel of England and Wales, a board member of Integrated Offender Management, Cymru, and a Trustee of Safer Wales.

During his career, Prof Maguire has produced more than 100 wide-ranging publications, including five editions of the prestigious Oxford Handbook of Criminology.

Those who nominated him for the honour said: “Mike is a remarkable and generous mentor. He has supervised and examined over 30 PhD students, supported countless research staff and colleagues, and generated positive impacts for policy-makers, practitioners, offenders, their families and victims.”

On receiving the award, Prof Maguire said: “It’s a massive honour, as is obvious from looking back through the list of others who have received it in the past and seeing myself in that company.

“When I started my career in the 1970s, the BSC was a small, very London-centred organisation, and fairly narrow in its conception of what criminology was.

“Since then it has expanded to incorporate flourishing regional branches, including an excellent one in Wales, organises large annual conferences covering a very wide range of topics and methodologies – in my view the best criminology conferences in the world  – and runs a high-quality journal, Criminology and Criminal Justice.

“It welcomes practitioners and policy-makers as well as academics, and its ‘broad church’ approach has often helped to bridge gaps between groups that operate in different areas of criminology, government, and academia.”

President of the BSC Professor Sandra Walklate said: “It is a special pleasure to present this award to Mike. His quiet, professional, scholarly contribution to the discipline and his willingness to support his colleagues at all stages of their career makes him a truly deserving recipient.”

In this podcast, Professor Fiona Brookman speaks to Professor Mike Maguire about his background in criminology and his academic journey. It is a fascinating account of how theory and methodology have informed the development of criminology and Mike’s belief that the questions inform the methods employed. He covers changes in criminology over the past decades and offers a valuable insight into the shifting landscape of research and academic freedoms.