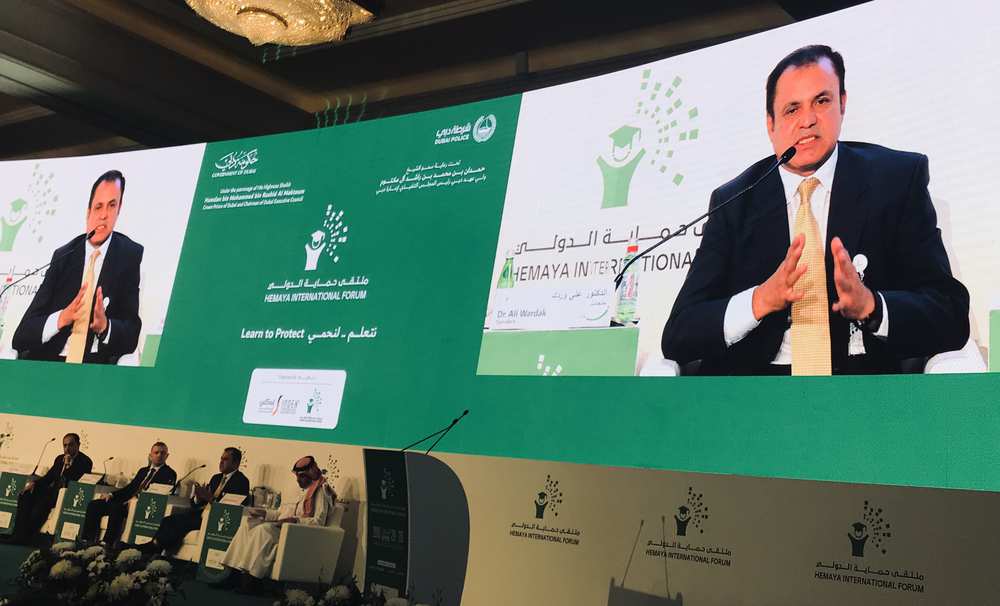 Professor Ali Wardak was an invited speaker at the 2019 Hemaya International Forum that was held   between 28 - 29 April 2019 in Dubai, UAE. The forum was  organized by the Dubai Police in partnership with the United Nations Office on Drugs and Crime (UNODC). The Forum titled- ‘Learn to Protect’ - focused on illicit drugs, and  was attended by a large number of  scholars, experts, diplomats, and the media from different parts of the world.   Professor Wardak’s presentation focused on ‘Opium Production and Trafficking: Gaps in Research and Academic Knowledge’, in which he looked at the complex connections between the long Afghan war and Transnational  Organized Crime networks. He pointed out that:  ‘As a global problem motivated by the NEED of poppy-growers in war-torn countries, and by the GREED of Transnational  Organized Crime networks, all key-stake-holders need to think globally and to closely coordinate their counter-narcotics strategies at international level.  Alongside preventing illicit drug use at national level, we must simultaneously prevent devastating wars, and deal with Transnational  Organized Crime at global level.’ The session was attended by a large number of participants and  its insights were wildly reflected in the national media.