Counting the risk of murderers re-offending

Roderic Broadhurst, Professor of Criminology and Ross Maller, Professor of Probability and Statistics at the Australian National University ask if murderers re-offend and do murderers have violent histories?

Two recent events — the horrific sexual assault and murder of Jill Meagher in Melbourne by repeat sex offender Adrian Bayley while on parole and the violent sexual assault on a woman at a Sydney bus-stop allegedly by convicted murderer Terrence Leary while on parole — raise questions about the capacity of parole authorities to predict and manage the risks of repeat dangerous offending. Such extreme cases may be relatively rare but they have catastrophic impacts on families of victims and survivors. They also have broader impact by raising the fear of crime in general, and have a chilling effect on the freedom of women in particular. Last year there were 297 victims of homicide in Australia most of whom died at home or at another’s residence. Just over 30 per cent (91 victims) were females, over half of whom (47 victims) were aged 20-34 years.

Yet homicide events involving parolees while rare are to some extent predictable because the likelihood of repeat offending by certain offenders can be estimated with a fairly high degree of accuracy. Adrian Bayley’s early onset of violent sex offending, repeated sex offending following imprisonment and violent assault a few months prior to the fatal attack on Ms Meagher had cumulative value in indicating a very high degree of dangerousness. Those factors alone (other behaviour such as the savagery of the assaults and the personal circumstances of the offender also being highly relevant) should have been sufficient to warrant the closest supervision possible. In short, uncomfortable as it may be to acknowledge, Ms Meagher’s death was preventable, if weight had been given to the actuarial risk of Bayley’s risk of re-offending.

Despite the potential powerful help of advanced actuarial or statistical methods of risk assessment and the availability of large longitudinal data-bases of the criminal history of known offenders, there has been no coordinated national effort to obtain estimates of the risk of violent re-offending and to use them as a predictive tool with which to assess an individual’s risk of reoffending. No state correctional or parole authority has undertaken accurate studies of the recidivism (repeat offending) of homicide offenders. In the past the data needed to do this was unavailable; long periods of follow-up time and sufficient numbers of cases are required for accurate estimation. But the ability to undertake a comprehensive study of dangerous offenders and to calculate the risks of dangerous re-offending is now within our reach. The capacity to capture most of the relevant information by linking electronically stored data collected by police, courts, health and correctional agencies across time and place now exists.

Actuarial and statistical methods are widely used in the health, insurance and finance industries to manage and analyse these large data bases. Indeed this is what “big data” promises to provide – the opportunity to link otherwise disconnected information in order to understand how individual histories, circumstances and events can compel behaviour or disease over time.

A preliminary study by the authors of 894 Western Australian males arrested for homicide offences during the period 1984-2005, and subsequently released from prison, found that 177 (19.8%) of the 894 were subsequently re-arrested for another grave offence (any violent offence including breaking into a dwelling) by the end of the follow-up time (December 31, 2005). Among these 177 men, 13 (7.3%) were in fact re-arrested for another homicide offence. Of the 894 men released, a total of 386 (43.2%) were re-arrested for some further offence (including driving offences and other less serious offences such as theft or illicit drug use). Of the 177 males re-arrested for another grave offence after release, 33% had a prior arrest record and 31% were under the age of twenty-one. Follow-up on those released varied from more than 20 years to a few months. Adjusting for this variation statistically, we estimated the percentage of male non-Aboriginal homicide offenders younger than 30 years old who would ultimately be re-arrested for any offence to be as high as 76% for those who had a previous arrest (prior to the homicide). The comparable figure for those over the age of 30 years and who did not have a prior arrest was 21%. These estimates of the risks of re-offending are conservative since they are limited to arrests recorded in Western Australia and thus undercount arrests that may have occurred in other states or countries.

These analyses were done on data accumulated up till 2005 by the Crime Research Centre (CRC) at the University of Western Australia (UWA), whose basic functions then were to collect, coordinate and maintain crime data in WA. More recent data for Western Australia is not available because the UWA and the CRC subsequently terminated that service. Nor has the CRC published general crime statistics for Western Australia since 2006. Sadly, one of the best data sets available for the measurement of recidivism anywhere in the world may disappear because of a lack of vision and funds to maintain it. Among other states, only the NSW Bureau of Crime Statistics, which maintains a collection of individual longitudinal data based on court records, has the capacity to examine risks of serious re-offending for homicide offenders. But at present their data is restricted in follow-up and limited to convictions, and does not integrate information on re-arrests, parole breaches, etc.

What is currently lacking in the management of offender risks is a will to do the “big data” work on recidivism [re-offending] and a reluctance among parole authorities to accept that “numerical guidance” or evidence based risk assessment can add accuracy to clinical or experiential judgement. The idea that such probabilistic measures can produce errors such as “false positives” [those that are predicted to re-offend but do not] and “false negatives” [those predicted not to re-offend who do] is well understood and such error margins can also be estimated. The problem is that such risk estimates are not routinely available to parole boards although they could be if authorities were prepared to create and maintain the data bases and arrange for their analysis. Where estimates based on scant or outdated data or relativity crude techniques have been available in the past they have rightly been distrusted by professional assessors. But in a well constructed system it is now technically feasible to obtain estimates whose reliability is measurable, and to update them, even on a daily basis, by adding in known changes to individual histories.

The parole and correctional system will never be able to prevent all crimes by those released from prison and community based corrections. But we believe it can do better in assessing risk and tailoring scarce resources to ensure that at-risk offenders are appropriately supervised and their re-entry into society does not harm others. The demand that prediction be perfect before it can serve justice is unrealistic and it is time that justice professionals took advantage of what science and big data can offer. 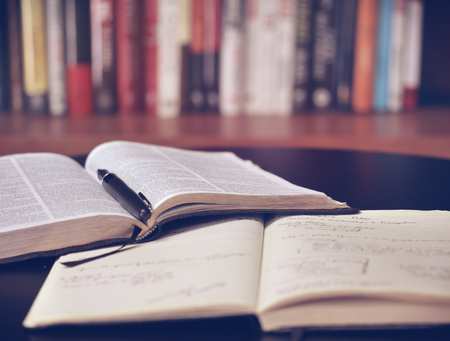