To achieve these aims, the The British Society of Criminology Vulnerability Research Network will engage in activities that include:

The use of the term ‘vulnerability’ is increasing in public, political and academic discourse (see Misztal 2011); it has been used to refer to the neediest within society or those who are facing difficulty, risk or exposure. The term has been used within housing, antisocial behaviour, unemployment, drug use, sex work, and, more broadly, within criminal justice (see Brown 2015).

Vulnerability is also the key term used within the UK’s PREVENT strategy. Within the context of the criminal process, vulnerability can mean different things and can be used for different purposes. It can be used in relation to victims, witnesses, suspects and defendants (although protections differ significantly (see Youth Justice and Criminal Evidence Act 1999, Chapter 1; R. (on the application of C) v Sevenoaks Youth Court as confirmed in R v. Anthony Cox; Home Office, 2018). It may be used to refer to, inter alia, mental or physical ill health, trauma, learning difficulty or disability, neuro-disability, age and/or susceptibility to harm (whether physical or mental). The term vulnerability can be used as a means to identify risk and to respond to it, by way of risk assessments or procedural safeguards. As Brown (2015, p.9) highlights, vulnerability ‘has now become a significant mechanism in the processing and management of certain individuals and groups’.

There is a need for criminology to engage with the multiple and varied ways in which vulnerability is used to promote public good and to responsibilise and surveil individuals and group. In particular, as Munro and Scoular (2012) have noted, the term can be problematic in that it may be used as a form of neo-liberal governance. Within the disability studies literature, moreover, the use of the term ‘vulnerability’ is met with caution, and its use has been rejected within the United Nations Convention on the Rights of People with Disabilities. The British Society of Criminology Vulnerability Research Network will therefore deploy the term critically, engaging in the various ways in which it is used, but being mindful of the myriad ways in which it used to both empower and disempower, as well as how it may be rejected by some to which it is applied (see, for example, Brown 2015).

Joining and staying in touch 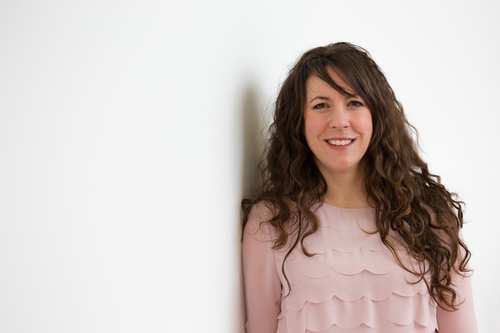 Dr Harriet Pierpoint is Associate Professor of Criminology at the University of South Wales. Her work focusses on vulnerable people in the criminal justice system, including young suspects, adult offenders with speech, language and communication needs and people leaving prison and facing or experiencing homelessness. Her interest in vulnerability also extends to the abuse of animals. She has managed funded research projects for government departments and the third sector.

She is a co-editor of the International Handbook of Animal Abuse Studies for Palgrave Macmillan and the new Animal Abuse Studies Series for Emerald. Her work on ‘appropriate adults’ and vulnerable suspects is cited in the National Appropriate Adult Network National Standards Review 2018. She is a member of the Executive Committee of the British Society of Criminology and of the South Wales Police Independent Ethics Committee. 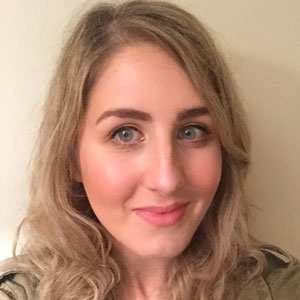 Dr Roxanna Dehaghani is a senior lecturer in Law at Cardiff University. Her PhD was on the subject of police implementation of the appropriate adult safeguard for vulnerable adult suspects. She has written on the vulnerability of young and suspects, as well as on access to justice, domestic violence, and adult safeguarding. Her research has a strong impact focus and has informed the Police and Criminal Evidence Act 1984 Codes of Practice and the National Appropriate Adult Network National Standards, and has led to the establishment of a Wales Safeguarding Repository. 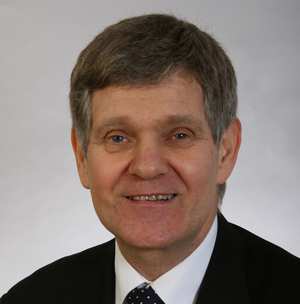 Professor Gisli Gudjonsson CBE is an Icelandic-British academic and is Emeritus Professor at the Institute of Psychiatry, Psychology and Neuroscience, King's College London, and an honorary Professor in the Psychology Department at Reykjavik University. Gisli is internationally renowned for his work on suggestibility and false confessions, and his work has been hugely influential in informing the Police and Criminal Evidence Act 1984 and its accompanying Codes of Practice. Gisli has also been an expert witness in many cases involving vulnerable suspects, including the miscarriage of justice case of the Cardiff Three (Paris, Abdullahi, and Miller). 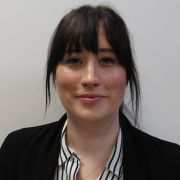 Dr Lindsey Rice is a Lecturer of Criminology at the University of Sheffield. Her PhD was on the topic of civilianisation in the context of crime investigation including in areas of police work involving vulnerable victim and/or suspect populations (e.g. domestic abuse, modern slavery, child abuse and exploitation, hate crime). She has written on the issue of vulnerability within the contexts of crime investigation and police custody provision. Her PhD research also provided the academic evidence-base for the development of the Postgraduate Certificate in the Investigation of Vulnerabilities Crime programme at Sheffield University, for which she is the current Programme Director.

Dr Jayne Price is a lecturer in Criminology at the University of Chester. Her research is concerned with the experiences of young people within the criminal justice system. She completed her PhD at the University of Liverpool in 2019. The research explored the experience of young people transitioning from the juvenile secure estate to adult penal institutions. The studentship was funded by the ESRC and in collaboration with Her Majesty’s Inspectorate of Prisons [HMIP]. 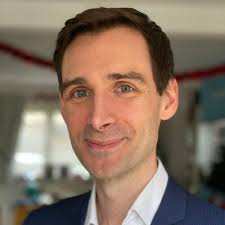 Chris Bath is the CEO of the National Appropriate Adult Network) and former director of Unlock, national independent advocacy charity for people facing obstacles, stigma and discrimination because of their criminal record. 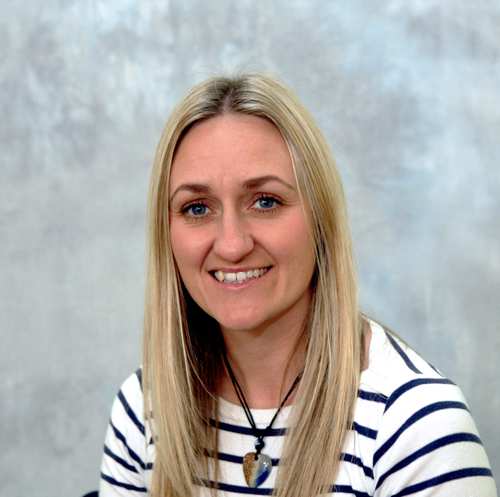 Dr Samantha Weston is a senior lecturer in Criminology at Keele University. Much of her research has focused on how risk prevention measures have been applied to vulnerable and marginalised populations including those who use substances, (potential) victims and (potential) perpetrators of child sexual exploitation and those experiencing mental ill health. This focus has enabled her to explore in more detail how certain, marginalised and vulnerable, populations and their behaviour are understood, ‘managed’, ‘controlled’ and responded to. She is also the co-author of the book, Mental Health and Offending: Care, Coercion and Control, published by Routledge.

The concept of vulnerability has become a fast-emerging area of police focus and demand. Yet the way in which vulnerabilities are identified, constructed and managed has not been sufficiently acknowledged. The process of becoming ‘vulnerable’ is complex and often a consequence of needs not being recognised or met by health, welfare and social services. Being described as a ‘vulnerable’ person suggests a fragile identity, which may be perceived as difficult to change. Yet those considered vulnerable by the state might challenge the label as they learn to overcome or live with their ‘vulnerability’. In an effort to understand these complexities and the ways in which they are negotiated and mobilised in practice, the work to be carried out under this theme will be to focus on the processes by which police officers come to define, identify and subsequently respond to, people who are vulnerable. In this regard, key issues to be examined will include how police officers understand vulnerability, how they determine and subsequently identify individuals who are vulnerable and what consequences do decisions about vulnerability have on those identified as vulnerable.

With a specific focus on children and young people, this theme will consider how prevention and early intervention techniques can help to address criminological issues relating to poverty and economic exclusion, race and identity, gender and sexuality, safeguarding and mental health. Collaborating closely with agencies and organisations that work across these intersectional vulnerabilities, the focus of this theme will be to debate and co-create research priorities that address the complex dynamics and cumulative effects of these vulnerabilities on the lives of children and young people.

The exponential growth and use of the Internet and digital technologies is revolutionising our lives in many positive ways, however there are also very real harms affecting people online every day that need to be taken seriously. From the spread of terrorist propaganda and extremist behaviours, to harassment and abuse of individuals particularly those from marginalised backgrounds, and sexual violence such as stalking and image based sexual abuse ; online harms are far reaching with significant implications. Emphasis has been placed on who is accountable for mitigating and responding to these harms with proposals put forward for regulatory frameworks responsibilising tech companies and social media platforms. However, those they are attempting to protect – people - are continually framed in homogenous, dehumanising terms such as user, with little appreciation of their online vulnerabilities nor how certain groups are more vulnerable than others. Therefore, the aim of this theme is to explore what vulnerability means online, who is more vulnerable and in what contexts, to identify ways to build resilience and support, and to develop collaboration and research in this area. 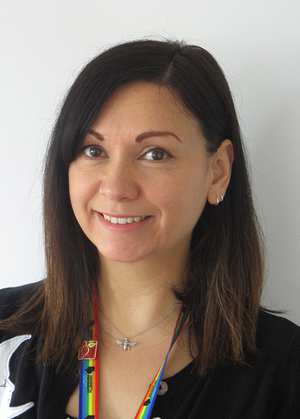 Dr Lisa Sugiura is a senior lecturer in Criminology and Cybercrime at the Institute of Criminal Justice Studies at the University of Portsmouth, Themes Strategic Innovation Fellow (TRIF), and the Deputy Director of the Cybercrime Awareness Clinic. Her research focuses on online deviance, and technology facilitated gender-based abuse and sexual violence. She has published on topics including the online pharmaceutical trade, phishing, online research ethics and rape culture online. Her research projects which includes funding from the National Cyber Security Centre (NCSC) and the Home Office, involve the language of cybersexism, victims of computer misuse, the use of technologies to assist marginalised women into employment, and extremist and misogynistic behaviours in incel communities. 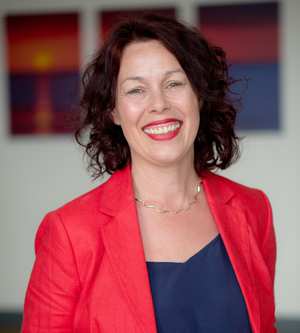 Dr Cheryl Allsop is a senior lecturer in Criminology at the University of South Wales. Her research focuses on cold case investigations, missing people investigations, vulnerable missing people, no-body murders and unidentified found remains. She leads the USW innocence project and the USW Cold Case Unit, working with and on behalf of the families of the missing.

The Vulnerable Accused theme brings together those working and researching in areas relating to vulnerable accused people. This is widely conceived, including those who are suspected of committing a criminal offence, those cautioned or charged, those who plead guilty and those who go to trial. It also incorporates research on vulnerable individuals who are convicted of a criminal offence and sentenced, their experiences with the prison and probation service, and their reintegration into society. 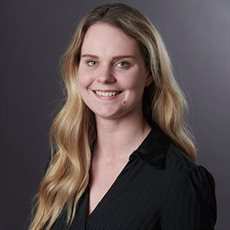 Dr Samantha Fairclough is a lecturer in Law at the University of Birmingham. Her research centres on the vulnerability of the defendant in the criminal trial, particularly at the point at which they give evidence (if they choose to do so). She has a general interest in vulnerability in the criminal trial among all lay participants, how this is defined, and any subsequent eligibility for special measures support. Samantha’s research is socio-legal in its approach, combining doctrinal and theoretical elements with empirical work. She is currently the recipient of a Society of Legal Scholars grant to undertake further empirical work in the form of interviews with criminal barristers on special measures decision-making in criminal trials.

Of interest to those working in these areas may be The Vulnerable Accused work-in-progress group, convened by Dr Roxanna Deheghani. If you would like to join the monthly meetings, please get in touch with Roxanna directly. Also of interest may be the Defending Vulnerability blog. If you are interested in submitting a blog post, please visit this site for details and send submissions to Samantha.

This podcast by Dr Samantha Weston explores the ways in which the police come into contact with people suffering from mental health conditions. Running throughout the conversation is the impact of austerity and cuts to services and how this affects people on a daily basis.